Clay Howard, Its Time You Found Out Who the Hell is Clay Howard! 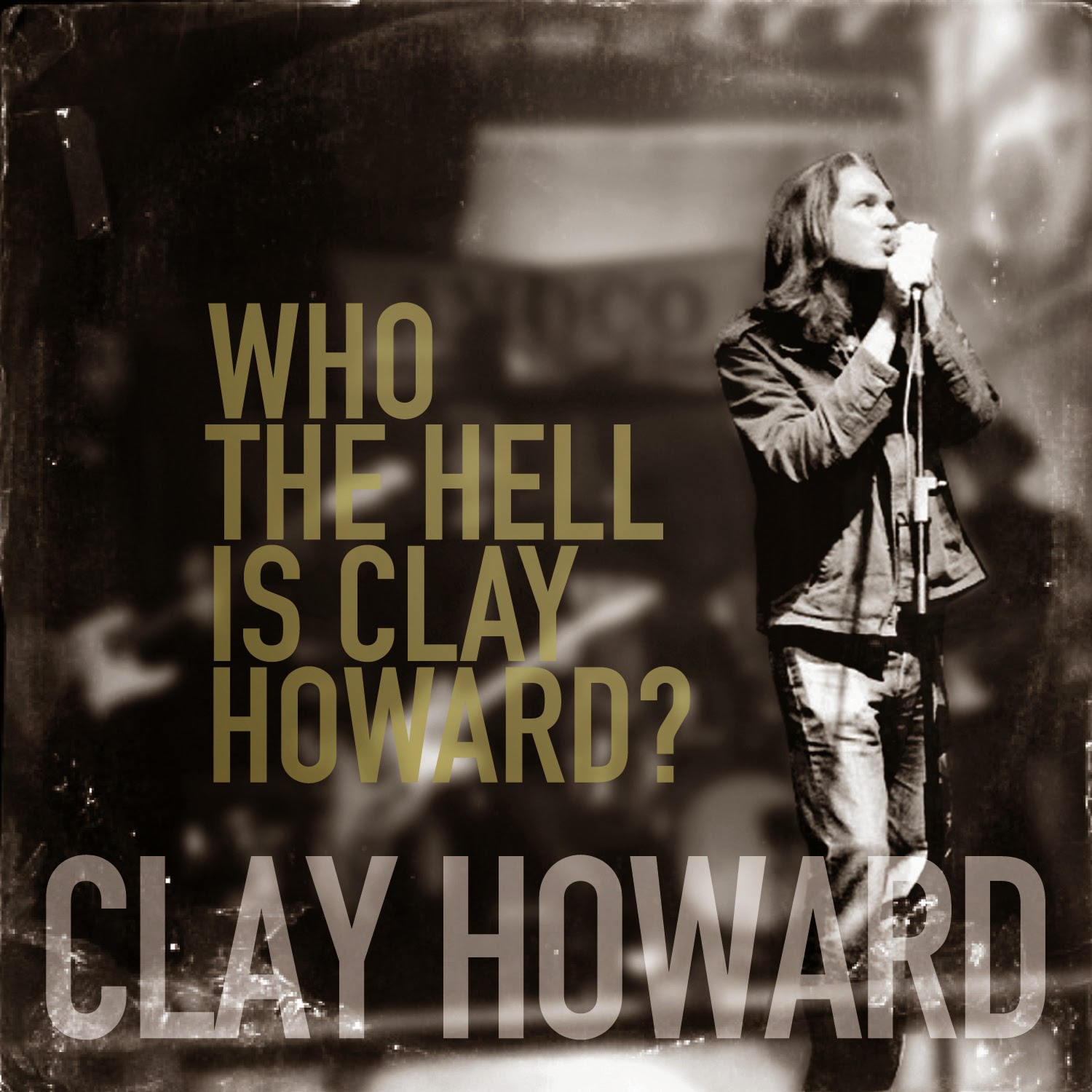 Who the Hell is Clay Howard? - Its rare anymore to hear a real rock band at the top of the charts, but here Clay Howard cranks one and doesn’t even care if you know his name. With the grinding of the six strings, cracking of real drums and the groove of bass guitar you might not know who Clay is before you spin this, but you will by the end of this record. On display is a man that spins out one great song after another. This is truly just a great rock record. I am sure that many will try and call this Alternative or Indie but this is just an awesome rock record. Clay has a voice that is just made for great rock songs. His searing voice has the ability to soar into the heavens while possessing the grit of  a soul that has lived life the hard way. While nay sayers of the rock quote cliche cracks about how “it all sounds the same” obviously they haven’t heard Clay and his band in action. While guitars don’t ape the classic tones of Jimi Hendrix they often employ interesting use of effects that help each song have its own voice and push the sonic envelope. Backing the voice and grind of this band is the groove of the bass guitar, which will make it nearly impossible to keep your girl standing still no matter how tight her jeans are. Rounding out this powerhouse dynamo is touch and power from behind the drum kit. Whether pummeling the skins with reckless abandon or adding that right amount of sizzle to the track, the drums take this band from a bunch of guys in their garage to a future Rock n Roll hall of fame nominee. This band truly has the goods. I would highly recommend this album to those that like Rock, Pop, Indie and Alternative genres. Who the Hell is Clay Howard? He’s the guy who’s going to melt your face off with pure Rock ecstasy.

Posted by Whisper Behind the Light at 1:39 PM