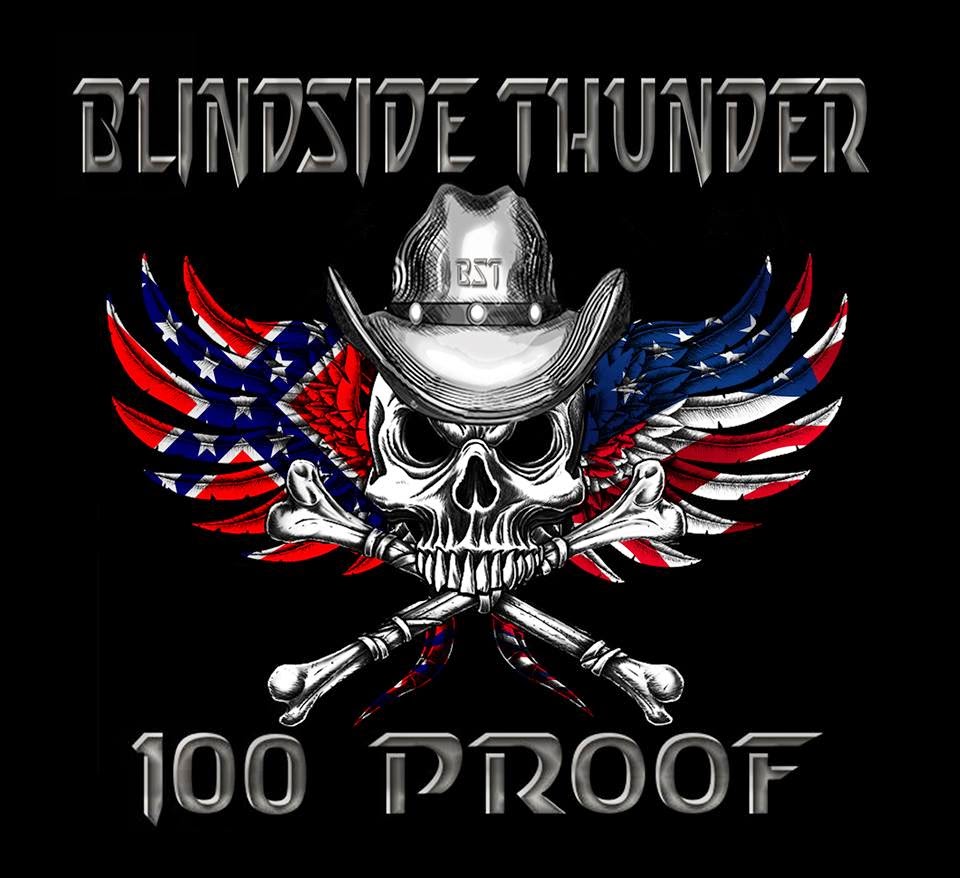 100 Proof - Blindside Thunder deliver yet another quality fix of American Hard Rock/Heavy Metal. This release sounds absolutely awesome. Delivering a sound that you come to expect is nothing but first rate. Drums bring the thunder that feels like a 100 tons of crushing cinder blocks. Guitars blaze like molten metal and incinerate everything its path. Bass guitar work holds down the low-end and help give Blindside Thunder their trademark sound. Vocal work on this release really rise to the occasion and give the music a run for its money. John really seems to have stepped up his game on this album and leaped a couple levels in his vocal delivery. Rather than fill an album with a couple of good songs and a bunch of filler, BT has crafted a disc with eight tracks that rock. One stand out track is, “Take My Breath Away” with its true swagger and sex appeal. This is the type of album that you want to put on and have a good time. Blindside Thunder have a great talent for writing party anthems that make you want to throw back a few cold ones and grab your girl. The opening of “Rebel Revolution” has a really cool crawling vibe that helps unfold a track that is a call to arms and makes you want to join the Blindside Army. From the opening grind of guitars in “Rock n’ Roll Junkie” to blazing leads in “Burn” Blindside Thunder delivers again and again. If you are a fan of Hard Rock/Heavy Metal then I would highly recommend checking out this album because it delivers 100% of the time with pure 100 Proof.

Posted by Whisper Behind the Light at 3:49 AM