Joanne Stacey, Down to Earth With a Voice That Shines Like Gold 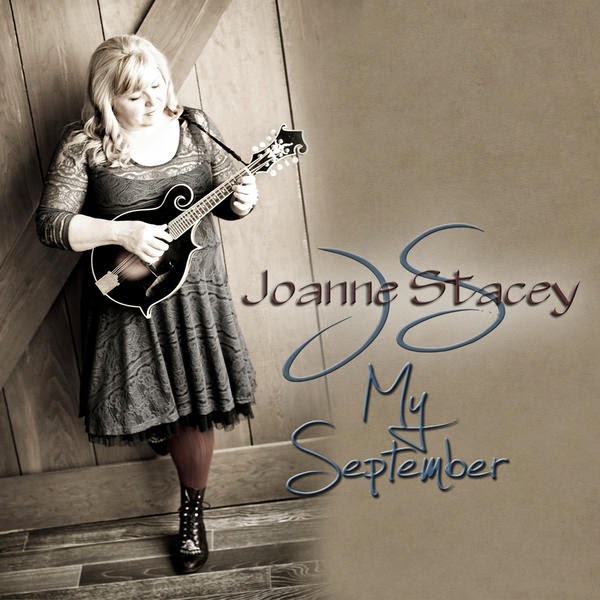 My September - Opening with sounds made classic by the Country Western genre Joanne Stacey lets her album shine right off the bat with her song, “That’s What Patsy would Do”. Joanne has a fantastic voice that can handle the range from strong and brassy to gentle and sweet. A true talent is on display in the songs on this release. With steel guitar that cries like only a broken heart can, a true life that has lived is on display here. On every song the guitar sings as beautiful as Joanne’s Voice. Whether it is the lonesome plucking of an acoustic, a pulsing bold electric or a searing lead with a commanding twang the guitar work is top shelf. Banjo passages help exemplify the true down to earth feelings on this roots-type album. On stand out tracks like, “When the Honeymoon is Over” Joanne shows that she has true country swagger and isn’t afraid to get her boots dirty. Drum work is right in the pocket, sure it can hang back but it comes to the forefront it helps push emotional moments over the top and hit you straight in the heart. True spark can be found on songs like “He Loves Her Still” where Joanne and her backing band strut true swagger that would make most fake rockers jealous. This is truly an album that covers all the bases and one that isn’t just one dimensional. With such a variety of sounds you can play this album over and over without getting bored. The cornerstone of course is Joanne’s voice. Closing out the album is the cut “Lonesome Rambler” where she puts her beautiful voice on display completely solo. Anyone can sound great with an awesome set of studio musicians, but it’s a very hard thing for a voice to sit alone in a room and move the heart as Joanne Stacey does. While she may claim this is My September, with passion on display such as this you will feel as warm as a summer afternoon.

http://www.reverbnation.com/rpk/joannestacey
Posted by Whisper Behind the Light at 1:22 PM

Email ThisBlogThis!Share to TwitterShare to FacebookShare to Pinterest
Labels: Down to Earth With a Voice That Shines Like Gold, Joanne Stacey, Music Review